Without a box: 10 motivational quotes for creative teams 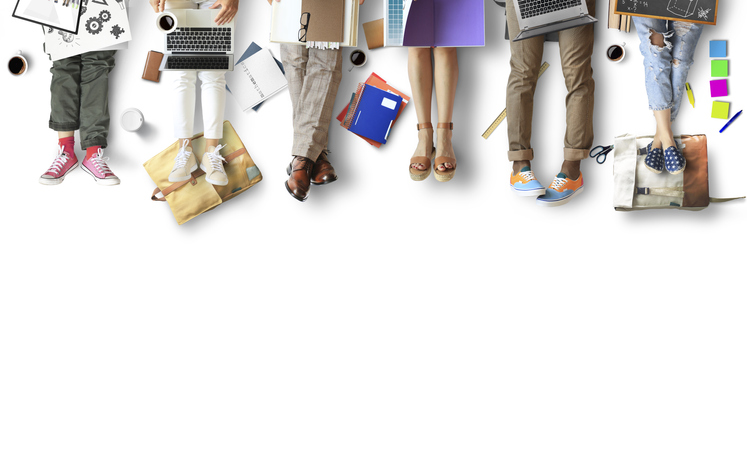 Without a box: 10 motivational quotes for creative teams

Two blind beggars sat on a street. One at the entrance and the other at the exit. They both had words written on a torn piece of carton. The first beggar had the words…

The second beggar had the words…

‘The sky must be beautiful today, but I will never see it.’

Guess who had more donations in his bowl? The second beggar.

How many times have you passed a beggar without dropping a dime? This is not because you are not generous, but you have been giving and it has become a normal sight. But when you meet the second beggar, his words do not necessarily tell you to donate but they are different and pull at the strings of your heart and cause you to willingly give.

The good thing is that we all have a bit of creativity in us waiting to be unlocked. So here are 10 motivational quotes that will awaken your creative mind and get you thinking outside the box:

There you have it. The definition of creativity.

It is just like the second beggar, he had to let go of directly asking for alms. The uncertainty here is that people could have misinterpreted his words and not realize that he was actually begging. To be creative, you need to step out on the uncharted ground.

3. “Creativity doesn’t wait for that perfect moment. It fashions its own perfect moments out of ordinary ones.” – Bruce Garrabrandt

4. “Good teams become great ones, when members trust each other enough to surrender the ‘me’ for the ‘we.’ – Phil Jackson

A creative team needs to work together as well as grow, with each member valued and empowered. Together, you become a beautiful Island.

5. “You can’t use up creativity. The more you use the more you have.” — Maya Angelou

Even when you can’t seem to find creativity in a project, all you have to do is go back to what inspires you.

6. “When you are stuck, walk away from the computer and draw. It will teach you how to see.” – Gerard Huerta

Aha! Gerard said it. If you can’t draw to save your life, do something to refresh your memory, keep you relaxed and return to work.

Whenever you feel the imposter syndrome kicking in again, read this quote. It only makes you feel like you’re an imposter for a while, but then you go ahead and do the job brilliantly. It has happened to the best of us. Just snap out of it and don’t believe the lies in your head.

A single stick of broom or even two will not be able to do anything. But a bunch of broomsticks will sweep the floor perfectly. Work with your team.

9. “Do something creative every day” – Unknown

Learning something new every day helps your creative juices flow.

10. “Creativity involves breaking out of expected patterns in order to look at things in a different way.” — Edward de Bono

The difference between the two men who visited a village in India is perspective. Both saw one thing but interpreted it differently. Break out of the norm and don’t think as though there was a box keeping you from being free.

Any cookies that may not be particularly necessary for the website to function and is used specifically to collect user personal data via analytics, ads, other embedded contents are termed as non-necessary cookies. It is mandatory to procure user consent prior to running these cookies on your website.